This article has been written by our incredible equality, diversity and inclusion (EDI) trainer, Sarah Stephenson-Hunter. Sarah is a highly experienced Disability and LGBTQ+ advocate, consultant, trainer and podcaster with a unique blend of professional and personal experience of the issues faced by disabled and LGBTQ+ people in the workplace and wider society.

These were the words of Olympic athlete Dame Kelly Holmes as she recently spoke of finally feeling able to come out as gay.

Whilst her story has understandably attracted a lot of support and positive attention, Kelly’s story of having to hide her true self for the fear of rejection and losing all that was dear to her, in this case a career in the military, is something those of us in the lesbian, gay, bisexual , trans and gender questioning (LGBTQ+) community are all far too familiar with.

Whilst Pride month (June) is a time to celebrate all of the advances in equality that have been fought for and won by LGBTQ+ people and our allies, it’s not all a case of rainbows and sparkles. There is still a long way to go before LGBTQ+ people are accepted, supported and valued as equal members of society.

Looking at this in terms of wellbeing and mental health in particular, it’s perhaps unsurprising to note that – whilst being LGBTQ+ doesn’t necessarily mean you will have poor mental health – all the evidence shows that there are alarming levels of mental ill health amongst the LGBTQ+ community, compared to those within the general population.

A recent study by Stonewall found that:

Speaking of her own battles with poor mental ill-health Dame Kelly describes how she has battled for years with self-harm and depression, and how even the jubilation of winning Olympic medals wasn’t enough to dampen the voice at the back of her mind that wished she could be true to herself and not have to hide a fundamental part of who she was.

As someone who wrestled with questions around my sexuality and gender identity for a number of years before coming out as trans in 2013, I can wholeheartedly identify with what Kelly describes;  that feeling deep down in the core of your being that you’re not able to be your authentic self and the feelings of shame, guilt and self-hate that often accompany it.

For me it took the death of my father and major change in my health to bring me to the point where I felt I had no choice than to stop running from  what I now refer to as my “tidal wave” of emotions and thoughts about who I truly was.

Like many LGBTQ+ people, the levels of emotional and psychological capital required to manage thoughts and emotions that I felt I couldn’t share had a hugely detrimental impact on my physical and mental health.  My journey to self-acceptance and ultimately gender transition was a dark and painful one which came at great cost.

Finally being able to be me and live authentically as who I was always meant to be brought a great sense of relief but also deep sadness at how low I’d had to get before feeling able to do something about it.

So, what can you do to better support the wider LGBTQ+ community?

Well, sadly, there is no magic one-size-fits-all solution, but here’s a few steps you can take.

Important note: It goes without saying that none of this is a substitute for seeking professional help from trained mental health professionals, but hopefully these pointers may go some way to improving the general wellbeing of LGBTQ+ people you come into contact with.

We live in a world that seems to continually underestimate the transformative power of being truly listened to.

This is definitely the case for LGBTQ+ people who often feel like they have to fight to have their voices heard above the self-appointed “experts”.

If you genuinely want to improve the lives of LGBTQ+ people then there’s nothing more powerful than taking the time to stop and listen to them when they talk about their lives and what it’s like to be them. And each person’s story is unique.

Whether it’s one-to-one with a friend or colleague or at a specific LGBTQ+ talk or event, the best thing you can do is actively listen to what that person is saying and try to see things from their perspective.

Listening to LGBGTQ+ people when they speak is just one part of the process.

If you really want to demonstrate that you’re an ally, then you need to pledge to learn as much as you can about the things that matter to LGBTQ+ people.

Whether this be investing the time to learn about the legal context, how to use inclusive language, what pronouns are and why they matter, or what steps you can take to improve LGBQ+ inclusion in the workplace.

The fact you’re displaying a genuine desire to learn about the issues speaks volumes.

It may well be a cliché but it’s nevertheless true; actions really do speak louder than words!

It’s one thing saying how much you believe in equality for LGBTQ+ people but it’s another thing altogether to put those words into actions, no matter how small or trivial they may seem.

Whether it’s agreeing to become an LGBTQ+ ally in your workplace, taking part in active bystander training so you know how to deal with incidents of LGBTQ+ hate crime when you witness it or putting your pronouns on your work signature the important thing is that you’re putting your beliefs into action.

Believe me, being LGBTQ+ is pretty tough at times, especially in the current political context and what feels like the remorseless anti-trans fixation within the media.

Even if you’re someone like me who’s made the decision to be open and out about their LGBTQ+ identity, it does take its toll. It’s at these times that I really do value those allies who step up and take some of the strain and allow me to take some much needed time out of the firing line.

We are much stronger together, especially when we can all be our authentic selves.

Find out more about Sarah

We are very excited that the incredible Sarah Stephenson-Hunter has joined us as a specialist trainer, delivering incredible talks for Siendo on the intersection between LGBTQ+ and mental health; helping to provide you with tools and strategies around how we can start these very important conversations in the workplace.

If you want to learn about the steps you can take to improve LGBTQ+ inclusion in the workplace, then reach out to us at Siendo and see what amazing talks and workshops Sarah can provide for you and your staff.

You can also learn more about Sarah and her story in this beautiful LinkedIn article shared by Sara Gardiner, who provides a wonderful summary of Sarah’s journey. 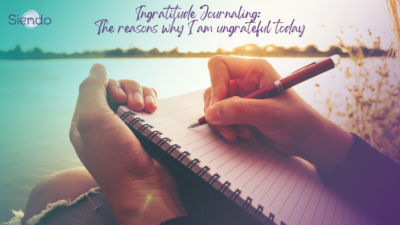 The reasons why I am ungrateful today 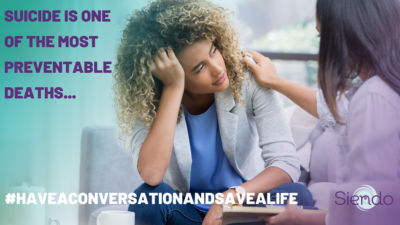 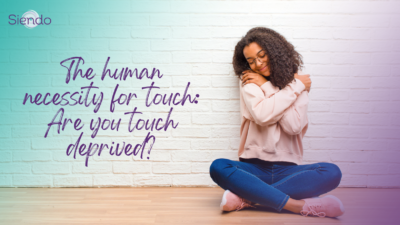 The human necessity for touch: Are you touch deprived?